Follow Me Down is a tabletop roleplaying game for two players, inspired by the legend of Orpheus and Eurydice, and the mythology of the Greek Underworld. It is a story of love and loss that has been told many times and in many different ways. To countless generations, the characters of Orpheus and Eurydice represent the distance we are willing to go for love and the reminder that, no matter how devoted we are, love can only carry us so far.

This game is dedicated to anyone who has ever followed someone through hell, armed with nothing more than hope and a song.

Follow Me Down uses the Powered by the Apocalypse rules engine and is divided into sections, called Books of the Dead, where the characters journey through different parts of the Underworld in search of one another. It is designed to be GMless, with each player portraying two roles during the course of the game. In each Book, one player takes on the role of the Fates (in what would normally be considered the GM role) while the other player portrays the archetype of Orpheus or Eurydice. The two players trade off, alternating who is playing their character and who is playing the Fates, until they reach The Gauntlet of Hope and Regret, to determine how their story ends. There is a final scene between Orpheus and Eurydice, called the Denouement, which reflects upon the journey the characters have taken, and their relationship to one another at the end of the game.

"...Cause, here's the thing:To know how it ends/And still begin to sing it again/As if it might turn out this time/I learned that from a friend of mine..."-- Hadestown; "Road to Hell II"

This edition contains the Playbooks for Orpheus and Eurydice, eight Books of the Dead, descriptions of the Greek mythology-inspired Underworld, sample encounter and event tables, and all the rules you need to play.

In order to download this game you must purchase it at or above the minimum price of $15 USD. You will get access to the following files: 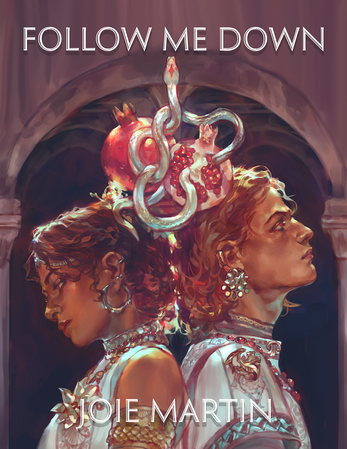